May 26 Program To Discuss Brotherton Lenape Reservation in Burlington County

The Historical Society of Haddonfield’s next virtual general membership meeting will feature a presentation on the eighteenth century Brotherton Lenape Reservation in Burlington County.

We hope you can join us via Zoom on Wednesday May 26 at 7 pm. Tony McNichol of the New Jersey Pinelands Commission will be presenting, “Removed from their Natural Ways: The First Indian Reservation at Brotherton, Burlington County.” Tony will be discussing the 1758 establishment (and subsequent dissolution) of the Brotherton Lenape Reservation, as well as the egregious Walking Purchase and other colonial dealings with the indigenous tribes of the Northeast.

The event is free, though online donations are always welcome. You can register for the free Zoom event on Eventbrite, and we will send out the link and brief instructions by the day of the event.

Please join us on May 26 to learn more about the history of the reservation and colonial interactions with the Lenni-Lenape and other indigenous tribes. Register here, and we will send out the Zoom information by the day of the event. Questions? Email us at [email protected] or call us at 856-429-7375.

As of October 14, we are almost entirely sold out for this year’s Haunted Haddonfield Walking Tours! We still have a couple single tickets left here and there, as well as a handful of tickets left for Sat. 10/31.

If you’re hoping to attend, you should act fast to buy your tickets on EventBrite before they’re gone!

Unlike past years, we are requiring all tickets to be purchased in advance — no walk-ups — and we are limiting tour groups to 25 guests due to COVID-19 concerns. You can read all the details about the tours here. 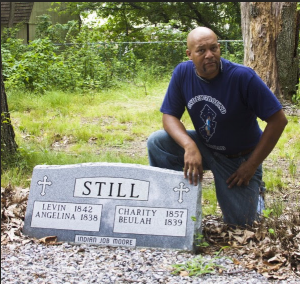