History of the Town of Haddonfield

The town of Haddonfield, one of the oldest communities in what was originally known as West Jersey, has taken on many different appearances and roles during its lifetime. Located geographically at a critical point, where the navigable portion of the Cooper River crosses the King’s Highway, which ran between the early settlements of Burlington and Salem, it was inevitable that a community would be established within a mile of this site. The first European settler, Francis Collins, owned a plantation named Mountwell which he built in 1682. Collins farmed his property but did nothing to encourage further settlement. 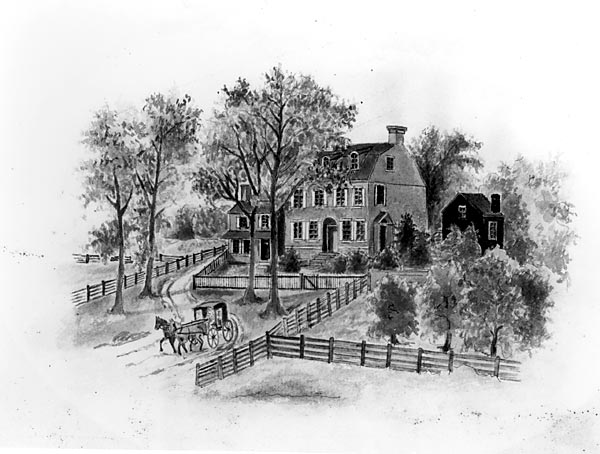 In 1701 a twenty-one year old English Quaker woman named Elizabeth Haddon came to occupy land that her father, John Haddon had purchased. In 1702 Elizabeth married John Estaugh a Quaker minister. At first the couple was engaged in simply establishing themselves and running the large land holdings of Elizabeth’s father, John Haddon. In 1713 John and Elizabeth built a large mansion called New Haddonfield Plantation in anticipation of the arrival of her parents, an arrival which never took place. The establishment of the community of Haddonfield, however, was assured when in 1721 Elizabeth’s father gave her a deed for an acre of land for a Quaker Meetinghouse and burial ground near the intersection of the present day Haddon Avenue and Kings Highway.

Once the Friends Meeting was established, Haddonfield quickly became the center of 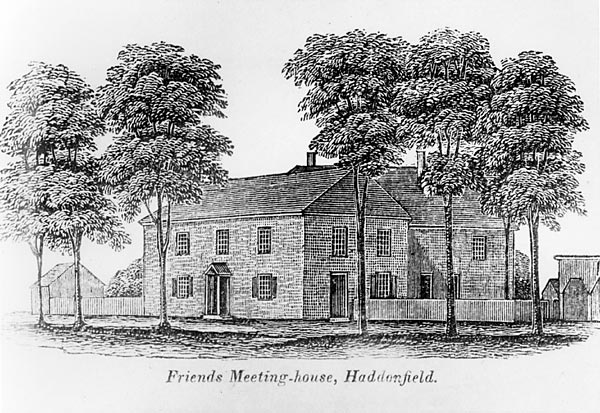 commerce for the large, successful farms of south Jersey. Farmers came to town for the blacksmiths, tanners, saddlers, general stores, taverns and all the necessities required for them to be successful with their farms. Produce and animals from the farms supplied the growing needs of the nearby city of Philadelphia. The growth of the village in this era was exemplified by the establishment in 1764 of Friendship Fire Company, a volunteer fire company which still serves the community today. Known today as Haddon Fire Company No. 1, it is the second oldest volunteer fire company in continuous existence in the United States. 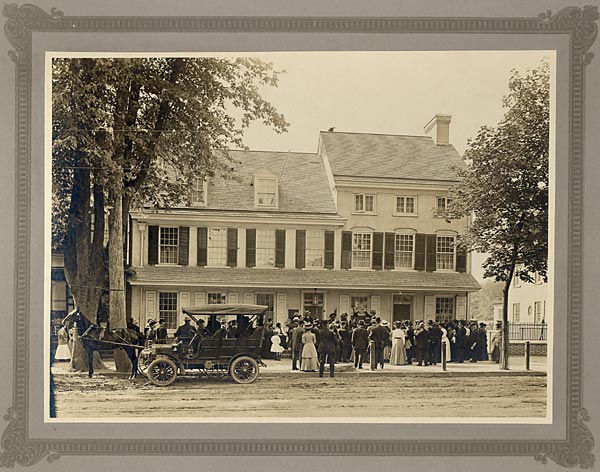 Following the Revolution, the town grew and prospered as a commercial center. Its 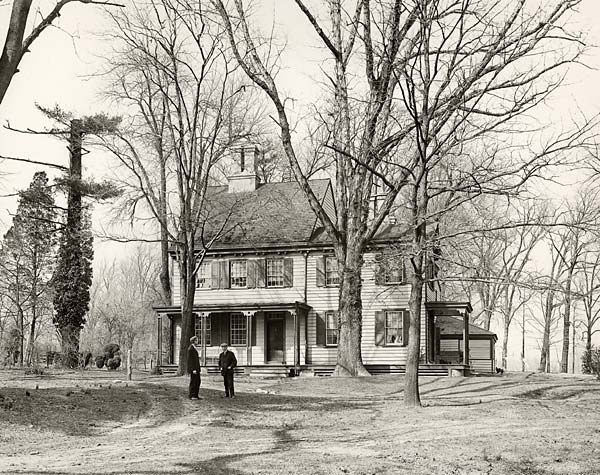 character began to change in 1853 with the coming of the Camden and Atlantic Railroad from Philadelphia to Atlantic City. At first the railroad made Haddonfield something of a summer retreat from Philadelphia. It was during this era that one of the most important discoveries relating to the town occurred. In 1858 William Parker Foulke, a naturalist and noted Quaker from Philadelphia, while spending some time in Haddonfield was invited to dinner at Birdwood, the home of John Estaugh Hopkins, a descendant of Elizabeth Haddon Estaugh. At Birdwood, Foulke observed a large fossil bone being used as an umbrella stand. Finding out that it was just one of several bones found in an old marl pit on the Birdwood Farm property many years earlier, Foulke and his mentor Dr. Joseph Leidy obtained permission to re-open the marl pit to look for more bones. The result was the discovery of the first nearly intact dinosaur ever found anywhere in the world. It was named Hadrosaurus foulkii and it changed forever the scientific understanding of dinosaurs. 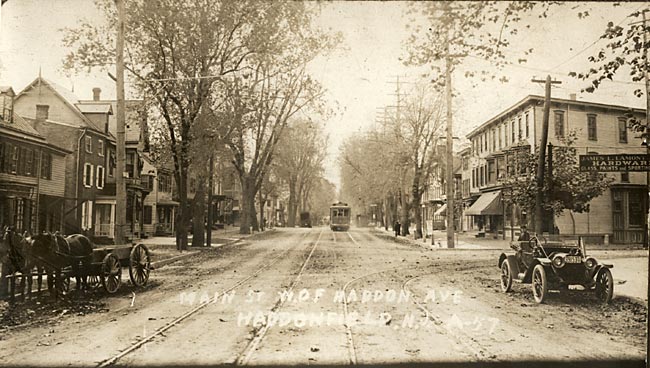 As the railroad expanded and the Victorian era progressed, Haddonfield saw its first “housing developments” as the farms closest to the center of town were sold to land companies and lovely Victorian homes were erected on spacious lots. The town continued its development as a railroad suburb at a genteel pace until the 1920’s and the opening of the Delaware River Bridge (today known as the Benjamin Franklin Bridge). The Bridge and the growing importance of cars, led to a new wave of development as an automobile suburb.

In the 1940’s the Haddonfield Civic Association encouraged business owners to adopt a “colonial” appearance for their shops and were able to greatly improve the appearance of the downtown area. Late in the 1960’s with the coming of the PATCO High Speed Line to Philadelphia, the community faced a crisis created by developers who were anxious to tear down much of the historic area for modern office complexes. The community responded with a Historic District Ordinance which was established by referendum in 1971. This ordinance protected the historic core of the town from demolition and has resulted in the “historic” appearance for which the town is widely known today.

Haddonfield at the beginning of the 21st century is a successful residential community with historic homes, excellent schools, lovely shops and restaurants and historic sites like the Indian King Tavern and Greenfield Hall which are open to the public.